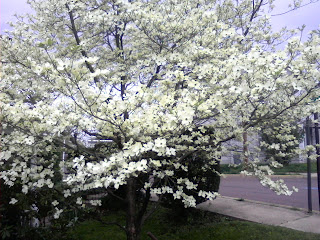 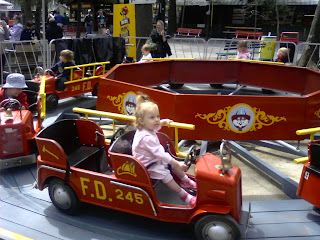 Knoebles, a local amusement park, opened for the season this weekend. So we took Lili to the children's section to see if she could ride any of the rides. She did exceedingly well, riding several of the rides by herself. Of course, my wife was on stand by the entire time.
Posted by Stan Yann at 2:56 PM 0 comments 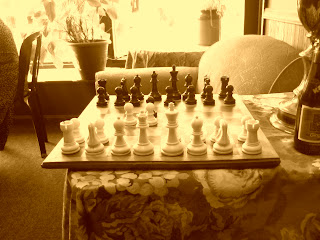 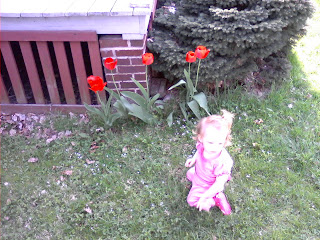 Voting in the primary.

Today, my wife, Lili, and I went to our fire hall to vote in the Pennsylvania primary. After we parked and liberated Lili from her car seat, we discussed the people who are running for president as we walked. Since we are both Democrats, we were discussing the two historical options.

My wife said there was something about Hillary that rubbed her the wrong way. And my support and respect for Obama greatly diminished following his comment about rural Pennsylvanians being ignorant and clinging to guns and religion. I am a prime example of an ignorant rural Pennsylvania resident, hence the name of this blog, but I refuse to cling to anything other than my pillow for comfort. My pillow, unlike a gun, is not lethal and does not require a permit. Also, unlike religion, my pillow does not create barriers between people or demand sacrifices.

The voting process itself proved perilous for us. At first, the old ladies who only work during the elections could not locate my wife's name in their massive books. Then, after much searching, they discovered that my wife is still listed under her maiden name and is actually an independent. So she was not allowed to vote. And I somehow managed to screw up my ballot so I have no idea if my vote actually counted or even mattered.

Now that the results are in, and the pundits who predicted that Hillary would win in Pennsylvania have been proven right, it is time to buy large supplies of popcorn and to get ready for that most bizarre of reality game shows, the political convention. I can't wait to spend a few days in front of my television to see who gets voted out. I just hope that the candidates remember to bring their torches to the conventions.
Posted by Stan Yann at 10:45 PM 0 comments 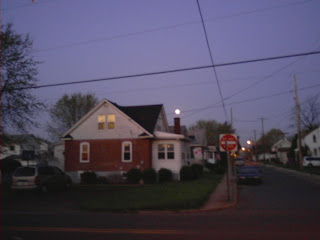 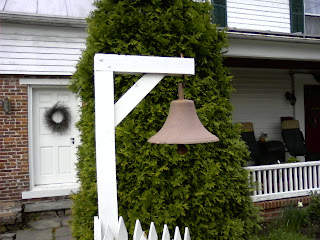 It is rather sad that these random acts of mass murder, especially at schools, are becoming more and more common. The loners who used to retreat into books to escape their torment are reaching for guns to physically silence those who torment them. This leads me to believe that people are becoming unable to cope with the ever increasing pace of of 21st Century American life. It also leads me to believe that human life in the 21st Century has become a devalued commodity. And these two things combined lead directly to the school shootings.
Posted by Stan Yann at 11:15 PM 0 comments

When I went to get my usual cup of Dunkin' Donuts coffee this morning I got a very pleasant surprise. Dunkin' Donuts, to celebrate Tax Day, is giving everybody a free donut when you buy a cup of coffee. This is a great idea since we'll have to wait for the stimulus refund for a quite a while.
Posted by Stan Yann at 11:16 AM 0 comments 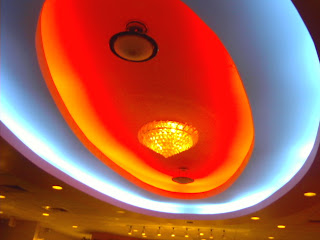 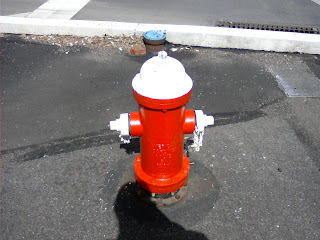 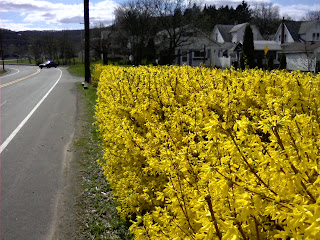 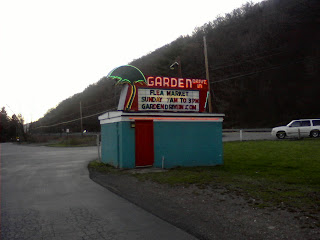 One piece of Americana that has always been my favorite in the Summer was a trip to a drive-in theater. Garden Drive-in, located in scenic Hunlock Creek, opened for the season this weekend. So the entire Yann clan, with sister-in-law and her boyfriend in tow, ventured out for some entertainment. 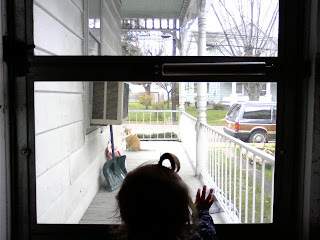 A neighbor's cat occasionally patrols the area. Today our porch was among its scheduled stops and Lili admired it from a distance, safe behind a screen door.
Posted by Stan Yann at 5:12 PM 1 comments

So it's been two years since I started this blog. It's weird that the blog and I have had such a long, in the Internet terms, relationship. This relationship at times has been a rocky one. I would often neglect the blog, not posting for days at a time. Sometimes I would have a great idea, but life would get in the way and I would forget to post.

While at school, I posted on topics I found while surfing the Internet in an attempt to avoid schoolwork. But since becoming a stay-at-home dad I spend a lot of time child wrangling with very little time dedicated to keeping up with current events. Also, since Blogger added this feature, I have been posting a lot from my phone. I even upgraded my phone in an attempt to improve the quality of my photographs. I am still working on the improvement part, but I enjoy being able to capture the moment and to add content.

Originally, I did not have a specific topic for this blog. I thought that I might come up with one as time went on. I even thought that, once I got a job in my field, I would transform this blog into something more professional. But I have come to a conclusion that I will keep this personal, chronicling my life and various adventures.
Posted by Stan Yann at 6:01 PM 1 comments 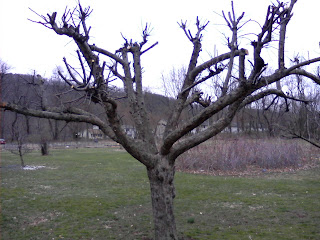 Tree trimming finally brought on Spring in this area. Singing birds have been disrupting the early morning calm for a while. Despite that, the temperatures steadily remained in the coat wearing range. When I was a kid, men in trees would signal Spring's arrival with the whiny mating call of their chainsaws.

There would also be a change in the Sun's appearance. The cold, gloomy Sun, which looked down on the frozen land during Winter, would be replaced by a warm, happy Sun which smiled on countless coatless hoards and various greenery returning to life.
Posted by Stan Yann at 2:34 PM 0 comments 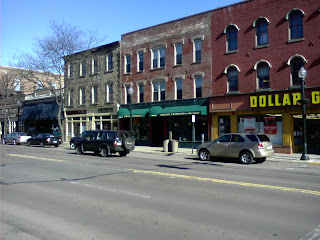 The middle building, which has a green awning on the first floor, houses Phillips Eporium where local artists, poets, and musicians gather for art and coffee. My wife and I got married there on a cold winter day six years ago.
Posted by Stan Yann at 5:28 PM 0 comments 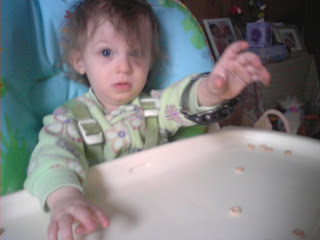 While my wife is away at a conference, Lili and I are enjoying Cheerios and cartoons on the Disney Channel. Lili showed interest in my watch so I gave her an older and sturdier one to play with. She promptly put it on her left arm to the amuzment of her left handed father.
Posted by Stan Yann at 10:36 AM 0 comments

Forty years after Martin Luther King Jr.'s assassination Barack Obama is on the verge of becoming the sole Democratic candidate for President oif the United States. I have no idea how Reverend King Jr. would react to this, but I am pretty sure that had he lived a major party would have had an African-American presidential candidate sooner. We may not be in the future he envisioned yet, but we are getting there slowly, very slowly. Perhaps the 21s Century is going to bring about a long overdue change in this country. Let's hope.
Posted by Stan Yann at 1:14 PM 0 comments

While grocery shopping with Lili, I saw a magazine that featured Alex Rodriguez on the cover. So I picked up the magazine and started flipping through its pages as I like to do at the grocery store, especially if my wife isn't with me. A brief look at the A-Rod article reminded me of his $275 million contract which made me wonder if A-Rod, and other extremely overpaid players like him, think they are worth the money they get paid.

Because if I were in George Steinbrenner's shoes I would expect A-Rod to hit home runs all the time. I would expect home runs regardless of pitch or pitcher, weather conditions or time of day, batting order or ball park. Heck, I'd expect A-Rod to hit a home run blindfolded on a moonless night. Otherwise you're not really getting your money's worth.
Posted by Stan Yann at 8:15 PM 3 comments

Oprah Winfrey, it seems, does not look at the calendar. According to imdb.com, she dedicated a special show, which will air on Friday, to her cocker spaniel that died last month. This would be a great April Fools joke except April Fools Day was two days ago. Maybe she should hire an assistant whose sole responsibility will be to tell her what date it is.
Posted by Stan Yann at 4:57 PM 0 comments

-ERROR 899.5-79- 1A//ERROR-you have opened a virus to your wireless phone and all of your contacts will be deleted! Just Joking. Now go scare the crap out of your other friends! APRIL FOOL'S
Posted by Stan Yann at 7:23 PM 1 comments